You are here: Home / Archives for Uncategorized

April’s meeting of the Fed’s Federal Open Market Committee was held along with the Board of Governors of the Federal Reserve System.

Meeting minutes released Wednesday indicated the committee’s interest in “normalizing” its monetary policy. This included the FOMC’s ongoing commitment to tapering its asset purchases under its quantitative easing program.

The committee agreed to taper the Fed’s monthly asset purchases by $10 billion to $45 billion per month. Committee members discussed raising the target federal funds rate, which now stands at 0.00 to 0.25 percent, but the minutes clearly stated that this topic was undertaken as part of “prudent planning, and did not indicate that normalization would necessarily begin sometime soon.”

The FOMC minutes reflected the committee’s concern with achieving a balance between normalizing the Fed’s monetary policy and keeping short-term interest rates under control.

Meeting participants discussed the importance of early communication of pending changes to the Fed’s monetary policy, and agreed that advising the public “well before the first steps in normalizing policy become appropriate.”

Early communication to the public of planned changes was viewed as a means of providing clarity and credibility to FOMC policy decisions and help FOMC achieve its statutory goals of maximum employment, stable pricing and moderate long term interest rates.

FOMC members discussed the possible impact of tools considered for use in normalizing the economy on the following:

The minutes noted that the Fed has never used any of the methods discussed while the Fed held a large balance sheet, and recommended that flexibility in using tools for achieving normal fiscal policy.

No decision was made about normalizing current monetary policy; FOMC and Fed Board members agreed that further study and analysis were needed before any decisions would be made.

The FOMC minutes characterized the level of mortgage and refinance applications through March as tepid, due to increasing mortgage rates and home prices.

While a survey of senior loan officers revealed that mortgage credit had been loosened for applicants with prime credit, mortgage credit remained tight for those with less than excellent credit.

The unemployment rate held steady at 6.70 percent and remained above the FOMC’s benchmark of 6.50 percent. There was some good news as the workforce expanded and the ranks of the long-term unemployed decreased.

Stable employment is important to potential home buyers; if unemployment levels continue to fall, numbers of home buyers are likely to increase. 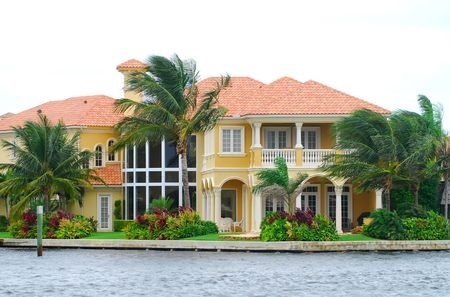 Last week’s economic news was dominated by speeches given by Federal Reserve presidents, the minutes from April’s FOMC meeting and commencement address given by Fed Chair Janet Yellen. The latest readings for new and existing home sales were also released.

Here are highlights of comments made by each of the Fed presidents’ speeches. Richard Fisher, president of the Dallas Fed, and John Williams, President of the San Francisco Fed, spoke at a conference held at the Bush Institute.

Mr. Fisher said that 98 percent of jobs lost during the recession had been recovered, and that other jobs had been added. He also cited “bad fiscal policies,” and said he is worried about dependence on the Fed’s monetary policy when “Congress and the Executive Branch have put on the brakes.”

John Williams, president of the San Francisco Fed, said that he was concerned about slowing momentum in housing markets, although he noted that housing had driven economic recovery in the aftermath of the recession.

The inflation rate has remained well below the Federal Reserve’s target rate of 2.00 percent, and Mr. Williams said that the Fed is paying close attention to this. His remarks were supported in Wednesday’s release of the FOMC minutes of its April meeting.

Charles Plosser, the Philadelphia Fed’s president, took an optimistic tone at a speech given before the Women in Housing Foundation on Tuesday. He said that the national unemployment rate could fall below 6.00 percent by the end of 2014 and that he expects the housing market to bounce back as well.

This makes sense, as strong labor markets are known to influence consumer decisions to buy a home.

New York Fed President William Dudley spoke before the New York Association for Business Economics, and said that there would be “a considerable period of time” between when the current asset purchase program ends and the first Fed rate hike would occur.

He also indicated that he expected longer-term interest rates (which include mortgage rates) to be “well below” a historical average of 4.25 percent.

Minneapolis Fed President Narayana Kocherlakota said that the Fed should consider targeting price levels rather than the current policy of targeting the inflation rate. He said that this was not likely to occur any time soon, but noted that current Fed policy is “undershooting” the central bank’s goals for unemployment and inflation.

Fed Chair Janet Yellen cited her predecessor, Ben Bernanke as a positive example when she spoke at New York University’s commencement. She noted that he took “courageous actions unprecedented in ambition and scope” and that his “grit willingness to take a stand” had directed his decisions during the recession.

Pending home sales, jobless claims and Freddie Mac’s mortgage rates report along with the University of Michigan consumer sentiment index round out the week’s scheduled events.